Toronto. ON – Live theatre is thriving in Toronto’s Serbian community and Tatjana Savic, a REALTOR® with Sutton Group – Realty Systems Inc.*, was pleased to support the tradition by sponsoring a performance of “What happened to me?” The play—which was promoted by Tieventi Inc. as the “Best Comedy Play Ever”—launched in Windsor on March 28 with stops in Waterloo, Ottawa and Toronto. The play features Andjelka Prpic, a well-known Serbian comedian and star of the television program Andjelka and Andrija, which is based on the Quebec franchise “Un Gars, Une Fille.” She plays a dozen characters in the one-woman show. 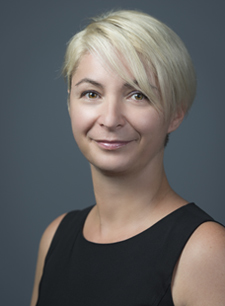 “The first of two performances in Toronto sold out quickly,” says Tatjana. “I attended and it was rewarding to see the audience response; they gave Andjelka a standing ovation. She played at least twelve different roles. Some were live, so she would transform on the stage, and some were pre-taped.”

The play itself has relevance to today’s news headlines. The main character is a young woman trying to succeed in her career, but it is clear that she needs to spend a night with a director’s son to achieve her goal. Skillful writing and acting managed to deliver the serious subject matter as a powerful comedy. 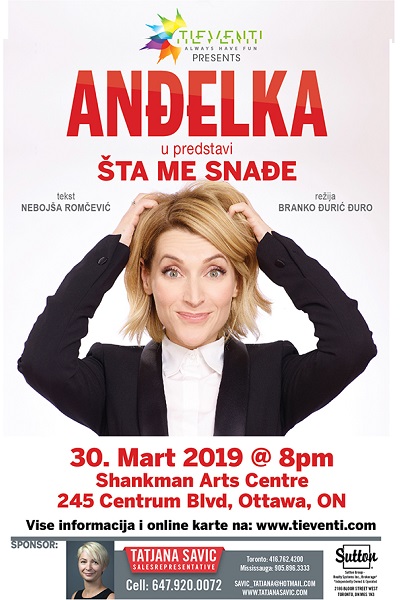 “In the end, she refused his invitation and he accepted it surprisingly well,” says Tatjana. “She furthered her career without compromising herself.”

Tatjana moved to Canada from Serbia 24 years ago. She enjoys staying connected to her cultural roots by frequenting theatre productions that feature Serbian actors, directors and writers. Sponsoring a performance was personally satisfying and she will consider doing so again.

“There are so many opportunities to sponsor cultural events here. It doesn’t have to be from the Serbian community. I’m open to anything that is magical and brings something to our city, entertains and educates people.”